Girnar Ropeway is a ropeway located on Girnar mountain in Junagadh district of Gujarat, India. It is the longest ropeway in Asia. Despite being proposed since 1983, construction began by the end of September 2018 due to delays in government approval and court claims. It was created by Usha Braco Limited and is now managed by them. It was inaugurated on this October 24, 2020. 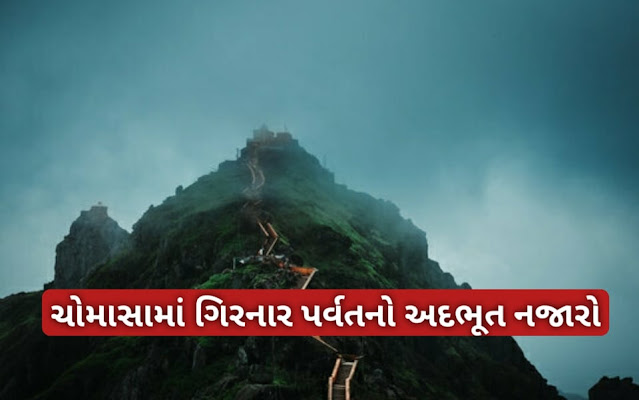 The paperwork for the this ropeway project began in 1983. Girnar ropeway is ready after crossing many hurdles. Today, the inauguration program of Kisan Suryoday Yojana and Girnar-rope-way took place in the PTC College campus on Bilkha Road in Junagadh. In the presence of Chief Minister Vijaybhai Rupani, Tourism Minister Jawaharbhai Chavda and other ministers, Prime Minister Narendra Modi unveiled the Kisan Suryodaya Yojana and the Girnar Ropeway Scheme.

Prime Minister Narendra Bhai Modi said that Girnar is a center of faith and tourism. There are Jain temples along with Ambe Gurudattatreya. The man who reached Girnar by climbing the stairs, reached there and felt supreme peace. Earlier it used to take four-five hours to reach Ambaji by climbing the stairs. Now people can reach there in 7-8 minutes by ropeway.

The operation of the ropeway will be create new employment opportunities at the local level in Junagadh. And Girnar will be become an adventure hub and more tourists will come.

Girnar is one of the major pilgrimage sites in Gujarat due to the presence of many Jain temples along with Ambaji Temple, Dattatreya Temple and many Hindu temples.

The 2.3 km long Girnar Ropeway at an altitude of 900 meters above the ground will take just 8 to 10 minutes to reach Ambaji. This will save time and energy of the pilgrims. Junagadh Girnar Ropeway will soon become the center of attraction in the world tourism map. Prime Minister Narendra Modi will inaugurate it by the end of next May. At the same time, there is also speculation as to how the accused will bow down to the Ambaji Mata temple in Girnar on their first visit. While the possibility of visiting dignitaries including Prime Minister Narendra Modi to inaugurate this biggest project in Asia is being discussed in basic sources.

What is a ropeway ticket?

Controversy has erupted over the rental of Asia's largest ropeway. However, it is learned that the ropeway fare of Girnar has been partially reduced after a huge controversy. According to media reports, the fare of the ropeway will remain the same but will be exempted from GST, on which a separate charge is taken for the ticket. As per the announcement of the new fare, the ticket price will be Rs 700 but the 18 per cent GST which was levied separately will now be added to the ticket price.