INS Vikramaditya is the Indian Navy's largest Short Take-off but Assisted Recovery (STOBAR) aircraft carrier and warship which has been converted from the Russian Navy's decommissioned Admiral Gorshkov Vertical Take-off and Landing (VTOL) missile cruiser carrier. this INS Vikramaditya was commissioned into service in November 2013. 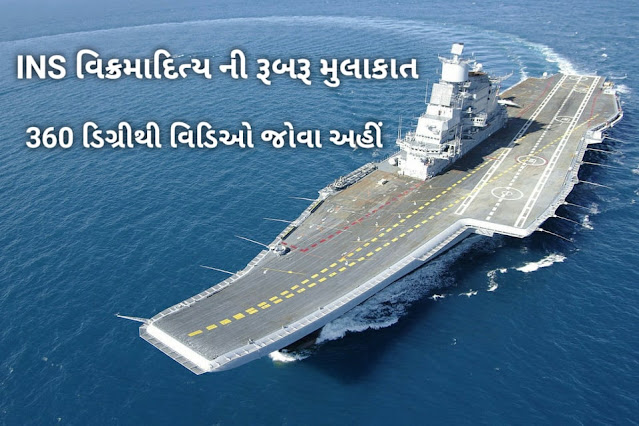 The battleship was extensively refurbished with new propulsion systems, hull sections, sensors and flight deck. It was put into operation in May 2014 with a full complement of MiG-29 aircraft.

The naval version of the indigenous LCA Tejas fighter aircraft made its maiden landing on INS Vikramaditya in January 2020.

At the time of our independence, our visionary leaders saw the centrality of a powerful navy and set us on the right track by envisioning an Indian Navy focused on aircraft carriers for maritime control over our wide areas of maritime interest. INS Vikrant and Indias first aircraft carrier was acquired from Great Britain and commissioned on 04 March 1961. INS Vikrant was a Majestic class CATOBAR (Catapult Assisted Take Off But Arrest Recovery) carrier and operated Sea Hawk fighters, Alize (Anti-Submarine Warfare) aircraft. and Seeking Helicopter. In line with its vision, India next acquired HMS Hermes, a Centaur-class STOVL carrier and a veteran of the Falklands War. INS Viraat was commissioned on this 12 May 1987 as Indias second aircraft carrier and Indias first STOVL carrier to operate Sea Harrier aircraft. Soon after the acquisition of INS Viraat, INS Vikrant was also converted from CATOBAR carrier to STOVL (Short Take-off and Vertical Landing) carrier. INS Vikrant was decommissioned on 31 January 1997 after 36 years of illustrious service under the Indian flag. For almost a decade, India had two aircraft carriers and the Indian Navy was acutely aware of having one aircraft carrier available for deployment on each seabed to fulfill the assigned tasks of the Navy. Recognizing the importance of aircraft carriers, the Indian Navy had already started exploring the possibility of designing and building an aircraft carrier indigenously, the project truly took off in the late 90s as air defense ships. was imagined. However, given the long duration of such projects, the search for a replacement for INS Vikrant gained momentum as its decommissioning drew near.

At the same time Russia offered Admiral Gorshkov to the Indian Navy. Negotiations on the acquisition of 44,500 tons Admiral Gorshkov began in 1994. Various high level delegations who had evaluated the ship independently concluded that the hull of the ship was in good material condition and would be considered for exploitation in the Indian Navy with a suitable mix. ,